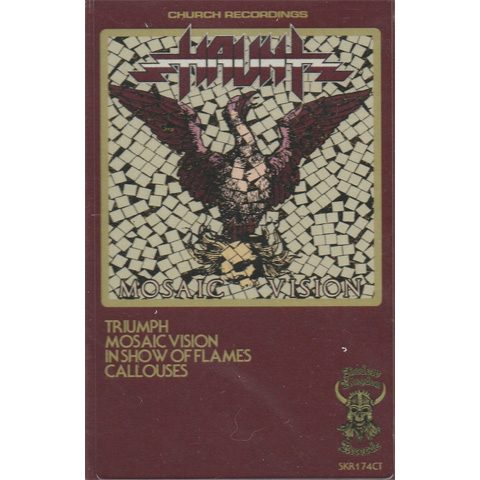 Trevor William Church’s Haunt has released Mosaic Vision which features songs that were left off from the Luminous Eyes album. However these doesnt mean in anyway that this is songs that werent good enough, no the outtake status has more to do with stylistic differences than inferior quality. The four songs here are certainly different than anything else Haunt has put out so far, boasting an even more melodic character. In addition to the soft bridge that comes through on the opening Triumph, the light performances and mid-tempo pacing on the title track put it on borderline ballad territory. Even a more driving track like the closing Callouses has a decidedly scaled-back tone. Of course, there’s still plenty of room for the usual classic metal escapades. The guitar work on this EP is especially impressive, showing off a slew of bright leads that range from the flamboyant speed runs on Triumph to the held-out harmonies on In Show of Flames. The vocal delivery also does justice to the material, keeping to a nasally wail without exposing its limitations, and the drums show a fitting mix of speed and restraint. Combining these songs with those on the Luminous Eyes EP would’ve made a pretty dynamic full-length, but Mosaic Vision has a distinct approach to the Haunt sound that allows it to stand on its own. It’s not as wild as Burst Into Flame, but it offers the same mix of accessible hooks and traditional metal flavour.