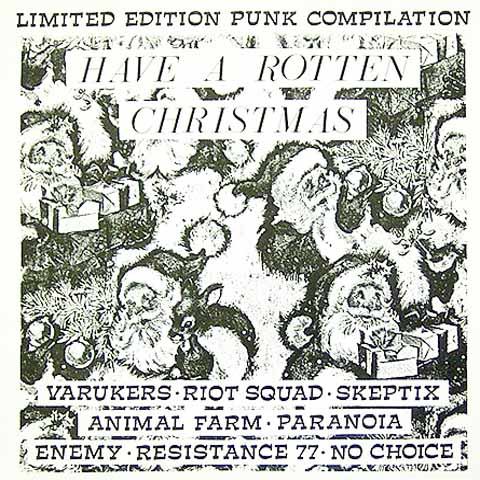 Have A Rotten Christmas lp

Rot Records was a punk label based in Mansfield, England and run by members of the band Riot Squad. It was active between 1982 and 1987. In 1984 the label released this compilation album faeturing 11 tracks where most of them were exclusive to this album. Fans of 80s UK punk of course need to check this out