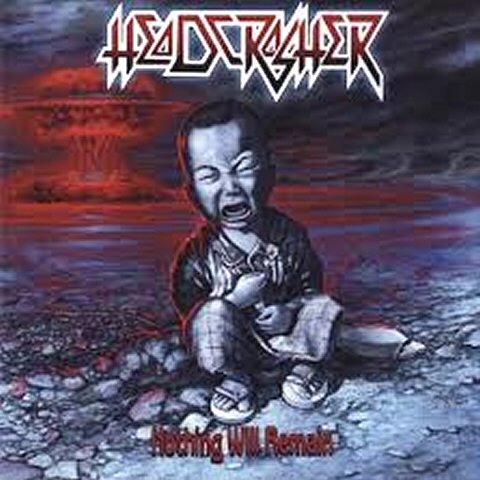 Southern italian speed metallers Headcrasher has reissued their 1989 album “Nothing Will Remain”. The album, that was released in 1989 via Dracma Records, are now available as double cd: original remastered album plus six unreleased 1991 songs and one brand new 2017 track. Headcrasher could be compared to bands like Wehrmacht, thrash joke metal with an easy come and easy go attitude. It’s difficult to find any strong arguments for or against Headcrasher’s Nothing Will Remain. The music is lightsome speed/thrash metal that plays smoothly in the background, not the heaviest or most intense for its kind. The general feel is cheerful and there’s even enough time for an occasional complete joke like Bath-Man. The band’s relaxed sound has some slight appeal of its own. This was a rarity on vinyl back then so its fun to finally catch up with this band and i guess there are more die-hard thrash metal fans out there feeling the same even though the actual album lacks that definite wow factor