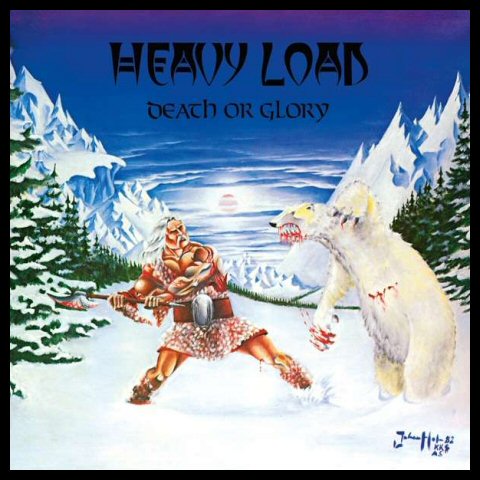 Often hailed as Sweden’s first heavy metal band and one of the most important ones, Heavy Load was founded in Stockholm, in 1976, by brothers Ragne (vocals/guitar) and Styrbjörn Wahlquist (drums/vocals). After they the first album the started their own Thunderload Records. With two new members in the group they recorded the Metal Conquest ep and then this second full length album Death Or Glory. The band used an image that fitted the music and the country they came from Land of the vikings. Epic heavy metal with a Nwobhm sound

Track list:
1. Heavy Metal Angels (In Metal And Leather)
2. Might For Right
3. Something New
4. Bleeding Streets
5. The Guitar Is My Sword
6. Still There Is Time
7. Traveller
8. Little Lies
9. Daybreak Esctacy
10. Dying Is Loosing-unreleased
11. Take Me Away
12. Trespasser
13. The Guitar Is My Sword-extended