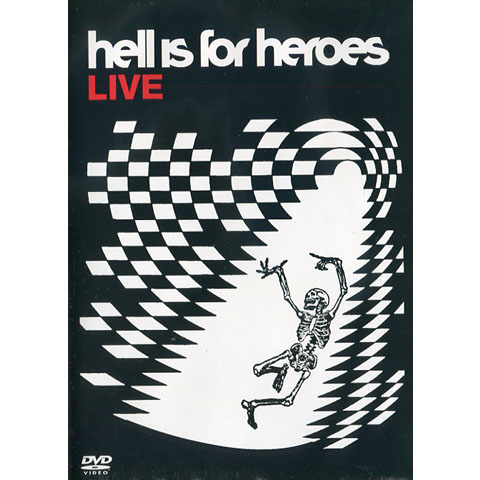 Hell Is For Heroes ‎–Live dvd

This UK post hardcore rock band was formed in London, England, in 2000 from the ashes of Symposium. The quintet decamped to Los Angeles to record their debut album, but the release was delayed for several months, by which time fellow UK rock revivalists Hundred Reasons had stolen some of Hell Is For Heroes thunder with the release of their own highly acclaimed debut album. Nevertheless, The Neon Handshake received uniformly excellent reviews when it was finally released in February 2003. This dvd was recorded live at the Sheffield Leadmill in October 2004 and demonstrates the intensity, emotion and intelligent musicianship that this band has. Justin Schlossberg (vocals), when describing the performance, says: The show felt like a celebration. The outside world didn’t matter and the cameras were just flies on the walls. That focus is evident on this recording, as the band go through a range of emotions that manically shift between raging metal and grooving rhythms to delicate clean guitar passages.