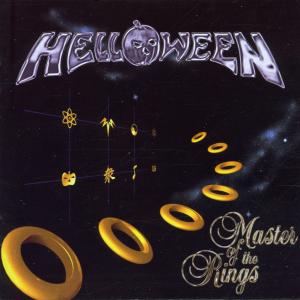 Helloween -Master Of The Rings lp

During Helloween’s up-and-down recording career, fans learned to expect the unexpected. The band’s songwriting and musical/thematic commitment could not always be relied upon, and the depths to which Helloween could sink were never more obvious than during the mid-’90s. During this period, the band most notoriously dumped two absolute clunkers (the ludicrously titled Pink Bubbles Go Ape and the mellowed-out Chameleon) on a large and unsuspecting metal fan base. The combined failure of these two records prompted the departure of longtime vocalist Michael Kiske and a strategic retreat by the remaining members of the group. While 1996’s The Time of the Oath is generally considered the real Helloween comeback record, Master of the Rings (released a year previously) marked the actual return to metal form. “Perfect Gentleman” (the best of four singles taken from Master of the Rings) is a melodic metal highlight, as are “Where the Rain Grows” and “The Game Is On.” New vocalist Andi Deris displays all the personality and skill needed to replace a near legend, and the other bandmembers grind out their riffs with efficiency. Not quite as polished or confident as The Time of the Oath, Master of the Rings still has its own appeal, and should satisfy power metal fans looking to round out their Helloween collections.