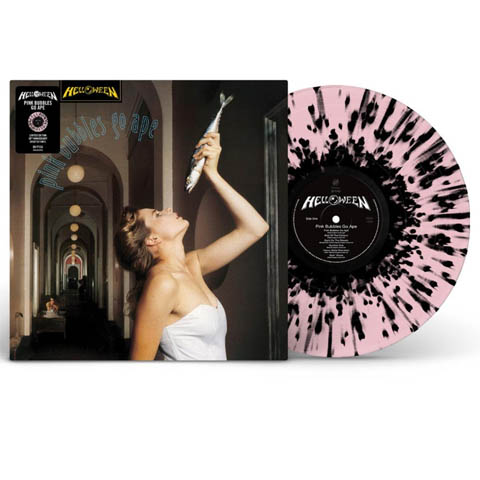 After the success of the Keepers albums the group fell into some disarray with the departure of Kai Hansen who formed his own band Gamma Ray and the band was going through some problems with its previous record company Noise. According to an interview with Michal Weikath, Hansen left due to demands placed upon the band by their record label at the time, as well as musical differences. In comes Roland Grapow who pens some of the finest tracks on this record and with the absence of Hansen, Helloween virtually left speed behind and went into straight power metal. One of things noticeable on this record is this album features many happy sounding riffs which Helloween later have been known for. Something that must be mentioned is Michael Kiske’s performance on this album. He is flawless bellowing out the vocals with great range and presence in these songs. You do not have to approach this album with caution. The album was a major change from the earlier album but there’s still speed and great guitar work by Weikath and the newly recruited Roland Grapow.