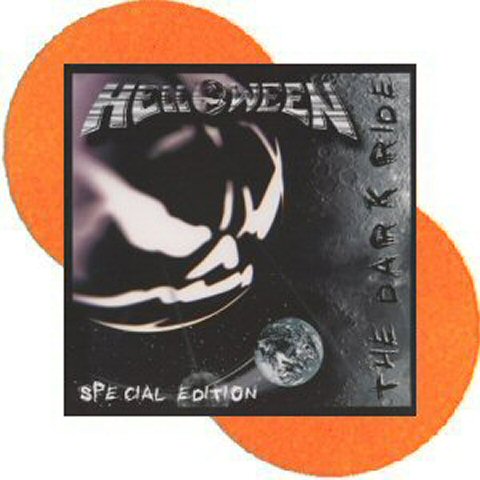 After a surprising resurgence following 1996’s The Time of the Oath, Helloween continued to expand and enrich their patented power metal, and while 2000’s The Dark Ride might lack some of the youthful exuberance of the group’s seminal ’80s recordings, there are still many fine songs and fiery performances to be appreciated on this late-career gem from the influential German group. While the extreme guitar solos and overall precision of The Dark Ride will surely capture the ears of first-time listeners, it’s the massive production and songwriting cohesiveness that will hook metal fans of discerning taste. As usual with this kind of release, there are some tedious and overwrought lyrics, but these things have to be accepted if one is to try and appreciate any power metal offering. Standouts include the detuned “I Live for Your Pain” with its inventive riffing and the epic closers “Immortal (Stars)” and “The Dark Side.” Throughout The Dark Ride, and on the last two cuts especially, Helloween proves their historic value by delivering a critical combination that metal bands generally fail to even approximate: that is, high melodicism and sonic excess combined to form a kind of power through isolation. Difficult to explain perhaps, but metal fans know it when they hear it, and they hear it often when listening to Helloween. While not the best this band has to offer, The Dark Ride is still better than nine out of ten metal discs in any subgenre, from any era.