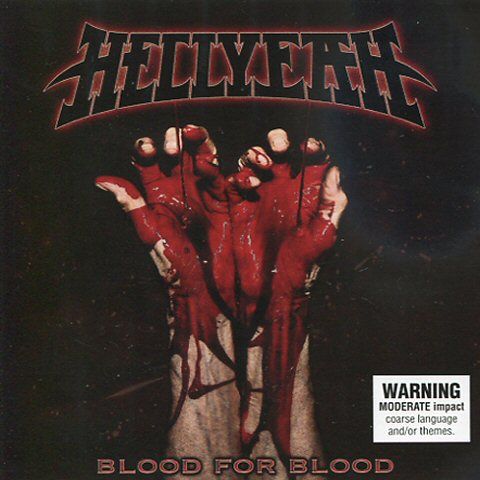 Hellyeah (formed in 2006 in Dallas, TX) is the metal suprgroup featuring Mudvayne frontman Chad Gray, guitarist Tom Maxwell of Nothingface and former Pantera / Damageplan drummer Vinnie Paul Abbott. Their fourth studio album, Blood For Blood, was releasedd in 2014. And although no one would ever accuse Hellyeah of being lightweights, their fourth album finds them upping the intensity, and Blood For Blood is an album that finds the groove metal titans showing off their reckless side. On songs like the driving “Cross To Bier (Cradle Of Bones)” and the frenzied “Say When,” the band find new reserves of aggression as they push their sound to new extremes. With so much hostility, the normally unwelcome inclusion of the subdued ballad “Hush” comes as a welcome respite from the relentless onslaught of punishing riffs. With such a solid line-up, it should come as no surprise that Hellyeah have delivered yet another album of heavy-hitting tracks ready, willing, and able to throw down with fans of the groove metal supergroup.