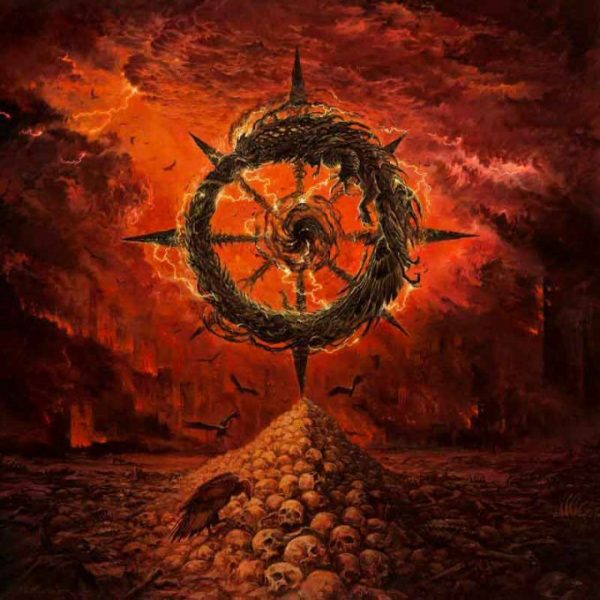 Alongside the numerous acts out of New Zealand bearing the flag of the old school and barbaric black/death metal such as Diocletian and Witchrist, comes Heresiarch, with their 2011 EP, Hammer Of Intransigence. While Heresiarch does not claim to bring a fresh new sound to the already saturated black/death metal arena, what is presented on Hammer Of Intransigence is sheer brilliance in the execution and progress of the sound that pioneers of war metal have crafted. Right from the beginning, this EP reeks of chaos and violence, from the sounds of war horns at the background on the introductory track Abomination down to the ominous, ritualistic atmosphere that lingers in the air. As Abominations gives way to Carnivore, it is just non-stop ear-raping barbaric, ritualistic black/death metal, with the relentless blasting of drummer CjS, reminiscent of other prominent drummers such as James Read. Various effects that are utilised by the band also remind listeners of other war metal counterparts, such as the screams that are present at the background of Carnivore, instantly bringing to mind the tortured shrieks present on songs by bands like Conqueror. The heavy guitar tone and the vocals alternating between low-pitched gurgling and slightly higher pitched growls complement the underlying chaos on the skins perfectly as well. Even the chaotic guitar solos on Thunorrad remind listeners of bands like Revenge. The band also manages to display some slight variety in their songwriting styles, with songs like Carnivore and Intransigent incorporating slower moments to build up the climax and tension in the song, and shorter tracks like Iconoclasm simply providing a whole barrage of blast beats, and display the band’s fury in its full glory. The songwriting style, with the incorporation of slower parts, once again remind listeners of bands like Conqueror. The abrasive production quality also serves only to make this record all the more well-done, nicely bringing out the barbaric and old-school essence in the music. If one is looking for technical wankery and a polished production job, then a word of caution: Hammer Of Intransigence would probably be one of those albums that you would least want to explore. While Heresiarch sounds like an unconventional band on the Dark Descent Records roster, there is certainly no reason to complain and more new material is certainly welcome. To put it shortly, Hammer of Intransigence sounds like a mix between bands like Conqueror and Bestial Raids, and is hence highly recommended for fans of the aforementioned bands.