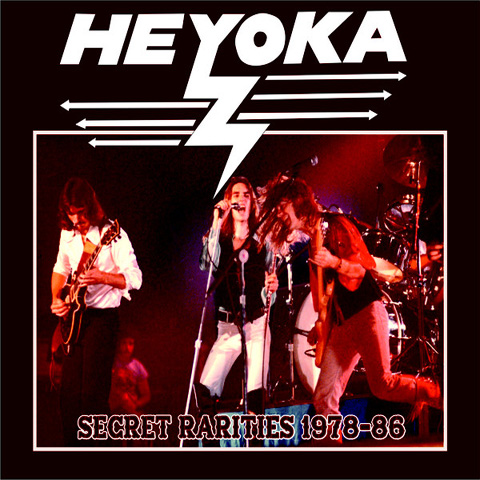 The music you are now listening to represents the best of the remaining previously unreleased Heyoka recordings both live and studio. The original 1979 studio sessions were first presented as rough mixes to various people very close to the band at the time, and one of those people fortunate enough to have received one of the demo cassettes was living in Louisiana and was able to preserve that tape over the years. That cassette is the source for the 1979 studio sessions herein, and provides a different perspective on the core songs of Heyoka as far as how they were mixed, the lead guitar takes, etc. The track Moods is quite the rarity, only recently re-recorded by the band, this song could be considered the last great prog-rock epic written and performed live but never properly recorded in the studio. This live recording of the track is the only surviving example of it from the active period of the band. The other tracks are gathered from various sources and give you more of a clear picture as to what the band was about both in the studio and live, playing their top caliber originals mixed with select covers, usually cuts by artists such as Pink Floyd, Rush, or Jethro Tull among others. For fans of Prism, Trillion, 70s Kansas and 70s Styx.