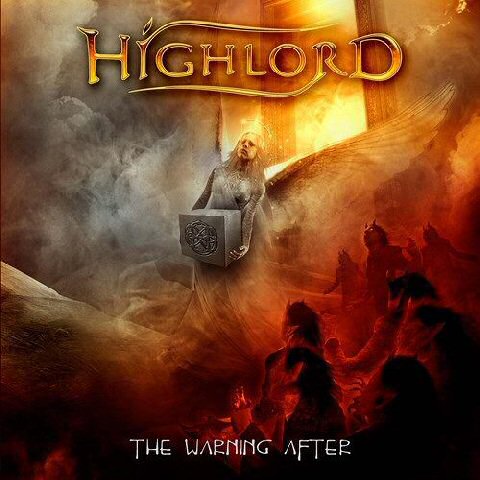 Highlord -The Warning After cd

Highlord joined together in 1996 from a former project called Avatar. Founded by Sted and ex-keyboard player Alex, the band recorded seven full lenghts so far, starting in 1998 with Heir Of Power to 2013 The Warning After. This album features ten tracks of pure Melodic Metal following and improving the acclaimed style of the previous album The Death Of The Artists which saw two tracks featured as DLC of the famous game Rock Band TM. The new full-length album has been recorded in June 2012 at New Sin Studios (White Skull, Eldritch, Domine, Elvenking, Secret Sphere, Labyrinth, Dark Moor, Arthemis), engineered and mastered by Luigi Stefanini, the ´Italian power metal guru`, to grant the perfect sound that the band wanted for their new tracks. The album includes the killing track Arcade Warriors featuring Ralf Scheepers from Primal Fear.

Track listing:
1. Tonightmare
2. The Goggle Mirror
3. Brother to the End
4. Inside the Vacuity Circle
5. Standing in the Rain
6. No More Heroes
7. Of Tears and Rhymes
8. The Warning After
9. In This Wicked World
10. Arcade Warriors