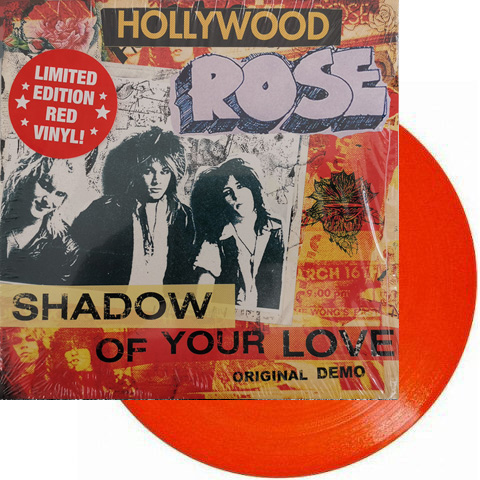 Hollywood Rose was a formative incarnation of the mighty Guns N Roses. Axl Rose, Izzy Stradlin, Chris Weber and Johnny Kreis recorded this 5 track demo in January 1984 under the name A.X.L that later changed to Rose and then into Hollywood Rose. In June of 2004 the Cleopatra label collected together archive demos for this release as ‘The Roots Of Guns n’ Roses’. The album collected together the five original demos alongside alternate takes on these same tracks remixed by former Guns N Roses guitarist Gilby Clarke with guitar overdubs by L.A. Guns and once a Hollywood Rose member Tracii Guns and another remix by Cinderella drummer Fred Coury. When Axl Rose heard about this upcoming release he sued the label to prevent release. In November 2004 and April 2005, the court made two related rulings in favor of Cleopatra and against Rose. Finally, in May, Judge Gary Allen Feess, Judge of the United States District Court for the Central District of California, awarded Cleopatra Records’ request for attorneys’ fees and costs in the amount of $24,176.38. This recording is an historic document