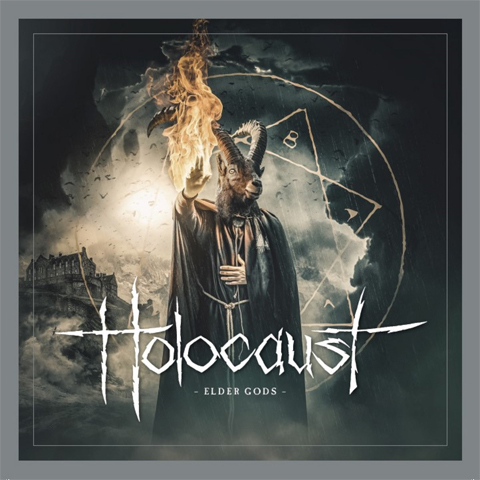 The legendary 80s NWOBHM machine Holocaust, from Edinburgh, Scotland, is still marching on. The 12 year gap between the albums Primal and Predator probably made you think that John Mortimer had moved on to other things. Primal was a dark album and when he returned with Predator in 2015 it was obvious that Mr Mortimer had become nostalgic and returned to his roots. Predator saw the band trying to capture the essence of what they once were and its the album that sui the closest in sound to what they once were. Heavy Metal Mania is the heavy metal hymn of the whole 80s but that doesnt really mean that a creative artist, especially not a visionary man like Mortimer, is that interested in recording The Nightcomers over and over again. So in 2019 Mortimer released Elder Gods an album that is an ode that draws from all mythologies imaginable. The album opens with the title track that very well could have fitted on Primal with its dark and gloomy mood. However after that it turns into metal but with a modern touch with Children Of The Great Central Sun. But its a mixed album as were then heading into the almost 10 minute long Ishtar who is an progressive opus left out of The Courage To Be. Another epic track like Astaroth are mixed with the more melodic Benedictus and the psychedelic etude Observer Two and Natural State that is heavy like Sabbath but spacey like Hawkwind. So the album is a very varied and diverse recording that shows that Mortimer is not a self-repetitive man, this is far from The Nightcomers and you never know what you can expect from Mr Mortimer and that was still makes Holocaust an interesting act to follow.