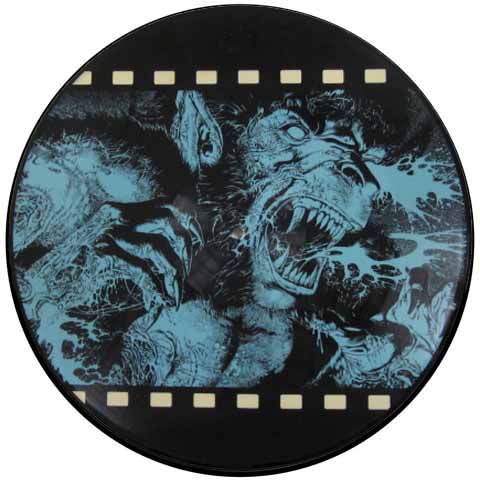 Small hairline mark on one side

Almost nobody in Germany’s border town Aachen (a.k.a. Aix-la-Chapelle) would have taken a bet on Holy Moses future success back in 1980: The most horrible and loudest band in the world, as the trio was judged by local onlookers, simply could not have any qualities to write history. But actually they did have the power and ability to accomplish a lot: from deepest underground straight into the top circuit of the heavy metal world. Holy Moses are the very example for what is achievable if you do your thing with passion and enthusiasm, ignoring both the everyday obstacles and all those sharp teeth in the shark pool of the biz, let alone the bloody irony of casting dozens of drummers along the way in good old Spinal Tap’s tradition. One of the guys used to run away with David Coverdale, his follow-up took off with an unpaid pile of beer crates, and some even bigger number of guys mysteriously disappeared. Roadcrew was the bands first single and it features a Mosh version of the track Roadcrew from their debut album Queen Of Siam as well as two tracks from their second album Finished With The Dogs, the cult hit Current Of Death and Life’s Destroyer.