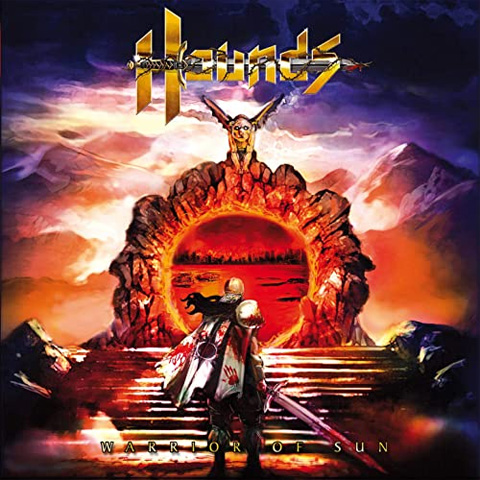 Hounds is a new act hailing from Turin, Italy. Their debut album, Warrior Of Sun, was released in 2020 and features some energetic and powerful traditional heavy metal. Guitarist and vocalist Massimo Ventura sings with heart and soul, even though it can sound a bit rough at times, and you can hear that they have picked up some influences from the Us metal scene from bands such as Savatage and Virgin Steele. The music is epic with some subtle prog nuances thrown in and the band also use other elements like piano parts to create the nature of their music. The whole album feels like a great journey with the songs ranging from mellow and balladic to straight-forward and rocking. The songwriting is on point and the guys have a nice sense for melodies and hooks. Some of the themes are repeated at a later stage in some variations making the album feel like one whole piece of music. This is a band to keep your eyes and ears on