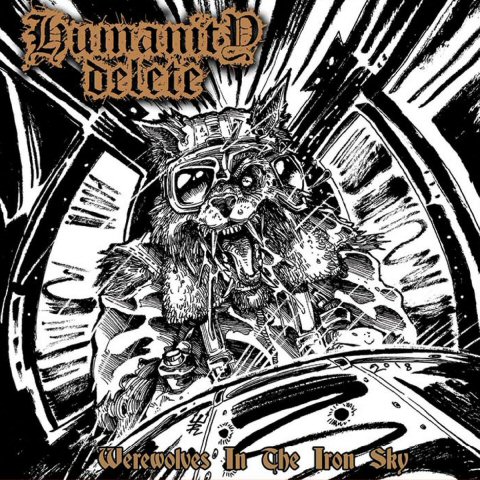 Humanity Delete’s second album, the retail-unfriendly titled Fuck Forever Off, was a great piece of death metal. Almost three years on, Werewolves In The Iron Sky is an absolutely magnificent follow-up. This is dark and slow death metal with some intensive groove metal riffs that provides both extreme heaviness and melody. Listen to the opening title track, which must be among the best tracks the band has ever done. The production is thick. Rogga has perfected the sound of amazingly heavy yet articulated guitars and a surprisingly present bass and with huge drums. The mix is clear and balanced and the songs have enough variation to make the album flow nicely although this is heavy and dense Death Metal. You can’t deny the fact that this is (obviously) influenced by the NWOSDM, but Rogga has a very different approach to composing and song structuring which sets his style apart from the hundreds of clones out there. So, for all your heavy, mid paced and raw Death Metal needs, go get “Werewolves In The Iron Sky”.