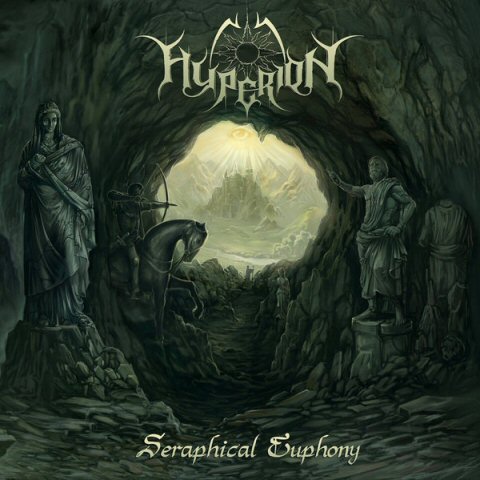 Debut album by Swedish blackend death metal band Hyperion. Hyperion was formed in 2007 in Stockholm, Sweden. The original vision was to create melodic music rich in harmony that was also brutal and epic, thus in the beginning Hyperion were inspired by many Swedish bands and still are to this day. Later, the band took a darker move towards music that was more inspired by Swedish and Norwegian Black Metal, while still maintaining the original vision of writing epic and melodic music. The debut album, “Seraphical Euphony”, which contains both new material and more professional re-recordings of the songs on the demo Blood of the Ancients. The album contains 9 songs of epic, melodic, brutal and eventful music that challenges the norm of conventional music. It is also meant to challenge the ears of its listeners, bombarding them with countless, various elements of musical influences.