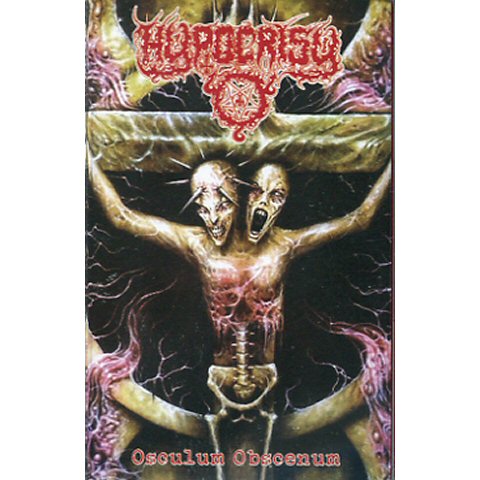 This sophomore effort followed Hypocrisy’s strong debut, Penetralia, and featured even more brutal death metal from one of Sweden’s finest practitioners of the genre. Obsculum Obscenum reveals a focused band building momentum while attempting to define a genre that would dominate European metal for a decade. Hypocrisy simply shreds on this 1993 Nuclear Blast recording, especially during highlights like Exclamation Of A Necrofag and Attachment To The Ancestor. Obsculum Obscenum treads dangerously close to black metal territory here with some over the top vocals and anti-religious lyrical sentiments, but overall, guitarist/bandleader Peter Tagtgren’s attachment to the Florida death metal sound rings through, creating a fine Nordic metal amalgam. With Emperor Magus Caligula from Dark Funeral/God Among Insects on vocals. As is true for most of this band’s recordings, serious metal fans should enjoy Obsculum Obscenum’ unapologetic commitment the Swedish death metal genre.