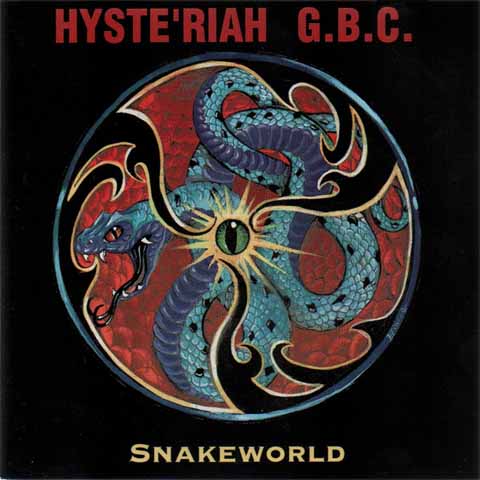 Reduced price due to cover being vg

Swedish trashcore act that was formed in Landskrona in 1989 by members of Hyste’riah and God B.C.. Bassplayer Jerry Snutte/Läppen Kronqvist played bass on the recording and wrote some of the tracks. He was formerly with the punk group D.T.A.L. (Dr Tjock And Atomligan). Vocalist Ray Grönlund was also part of D.T.A.L. as well as with Bristles D.C. Stylistically, Hyste’riah G.B.C. performs thrash metal situated somewhere between the German style, Destruction and early Kreator, and that what was kicking around the Bay Area in the mid to late 80’s, just think of bands like Forbidden and Exodus. What differs this act from the mentioned German and Bay Area acts is the vocals. Ray’s approach is more hardcore then anything else. Slightly limited in range but still works to this music but might not be for everyone. Lot of charm and but no classic