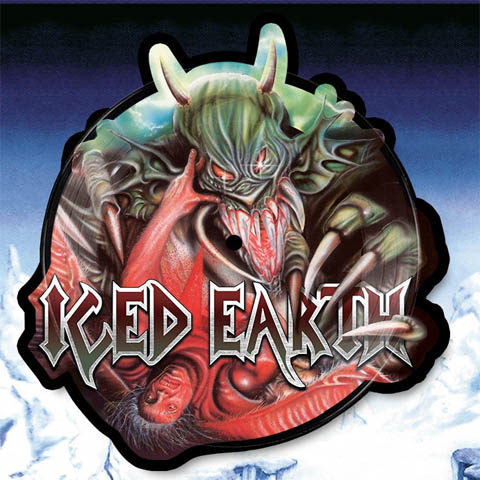 The two tracks on this shaped picture disc was taken from Iced Earth eponymous debut album. At this stage the band were already full developed making it an impressive first release. Led by rhythm guitarist Jon Schaffer, the group storm their way through a series of galloping anthems filled with guitar harmonies, complex time changes, and admirable musical chops, especially from lead guitarist Randall Sawver. Written On The Walls and Curse The Sky are only two of the highlights, so if you like what you hear on this shaped single then go out and buy the full album.

Track listing:
1. Curse The Sky
2. Written On The Walls