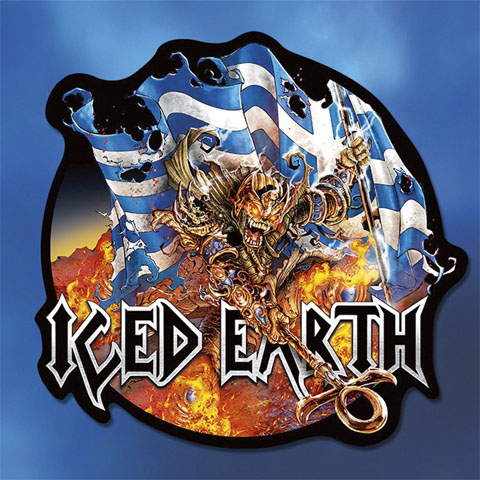 Iced Earth -I Died For You shape

The two tracks on this shaped picture disc was recorded live on the nights of January 23rd and January 24th 1999 in Athens, Greece. Iced Earth was the only band who played at the Rodon Club those nights, and they performed in front of sold-out crowds (of approximately 2000 people) both nights. The band was supporting the Something Wicked This Way Comes album. The B-side of this single features Colors that was played at this concert, but was not included on the original Alive In Athens abum due to a track listing mix-up. It was, however, included on the reissue of The Melancholy E.P. Now you can enjoy this track on vinyl too