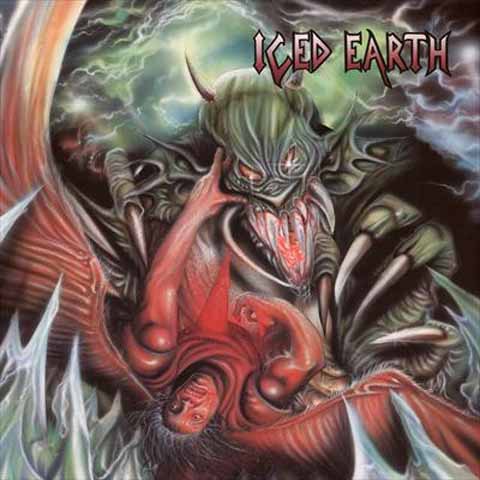 By the time they recorded their eponymous debut, heavy metal traditionalists Iced Earth were seasoned veterans, having gradually climbed their way to the surface of a Florida club scene swimming with hundreds of death metal bands. And it shows, for despite a few production kinks, their sound (combining a tremendous Iron Maiden influence with a few thrash metal tricks, namely double kick drums) was almost fully developed. Led by rhythm guitarist Jon Schaffer, the group storm their way through a series of galloping anthems filled with guitar harmonies, complex time changes, and admirable musical chops, especially from lead guitarist Randall Sawver. Written on the Walls, Colors, The Funeral and When the Night Falls are only a few of the highlights — most of which were later re-recorded with new players for 1997’s Days Of Purgatory compilation. Purists may prefer the raw original versions.