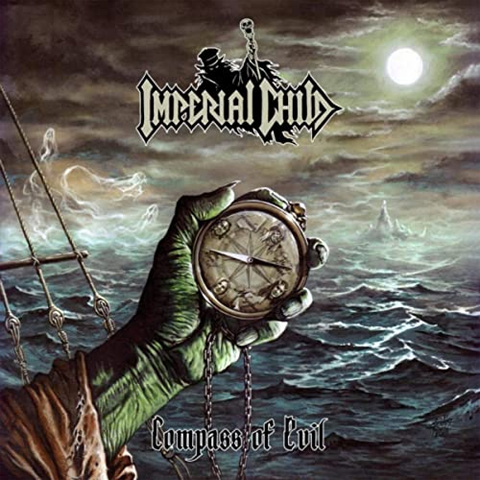 Imperial Child’s debut album, Compass Of Evil, features some neoclassical heavy progmetal that provides you with original songs bound to make you rock. The concept album contains the compelling first part of the story about William Green, a man of the living dead and his fight against the devil and the buccaneer, Darren Half-Eye. The album, prduced by Andy LaRocque, was recorded in Sonic Train Studios in varberg, Sweden. The album features guest apperances from Zak Stevens (Savatage/Trans Siberian Orchestra) and Andy LaRocque (King Diamond)

Track list:
1. William Green
2. The Imperial Child
3. Darren Half – Eye
4. Stormbringer
5. Priscilla
6. The Devil And The Buccaneer
7. A Buccaneers Hymn
8. Libertalia
9. Victim Of Hate
10. The Quest For Jerusalem