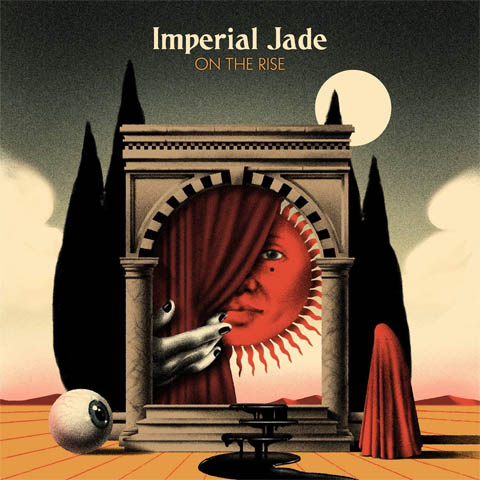 Imperial Jade is a bluesy hard rock band born in Maresme (Barcelona) in 2012. The band was founded by five friends loving thundering classic rock tinged with crafty organic 70s psychedelia. They released their first record Please Welcome in November 2015, a bombastic rock album that was acclaimed in all press, securing top positions on best releases of the year lists. Their sophomore album On The Rise (2019) was recorded at The Room Studio in Barcelona and was only released domestically. It shows a band honing their sound in an almost cinematic quality, adding further contrast to their compositions, churning out Led Zeppelinesque juggernaut riffing that sustain commanding melodic vocals. Admittedly a very powerful and accomplished non derivative record of a band who has successfully evolved and flourished, consolidating their influences without duplicating them. For fans who adore the sound of the 70s like Led Zepelin, Deep Purple and Rival Sons.