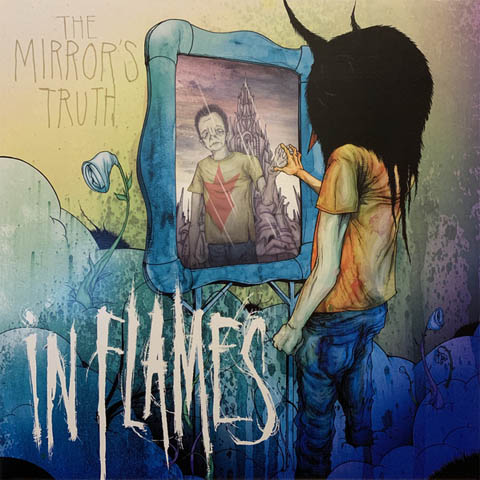 In Flames -The Mirrors Truth mlp

In Flames is one of the most well-known metal bands out right now, and that is largely in part due to their recent efforts. The newer In Flames albums have tainted their image and made a once-legendary melodic death metal band be labelled as a band that has sold out. One of the biggest gripes about the new sound of In Flames is that the solos and melodies that made them famous have disappeared, and they have been replaced by generic metalcore and nu metal riffs. For ‘The Mirrors Truth’ were happy to say that the melodies and solos are back, for the most part. There are still some generic riffs to be found in the songs on this EP, but there are also solos that remind you of In Flames’ Clayman and Colony days. The solos on this EP are the best solos they have written in almost ten years. The melodies used on this EP are also very good, and they are also the best melodies the band has written in about ten years. The first song on the EP, The Mirror’s Truth, opens up with what is probably the best riff to be found on this four-tracker, and a very, VERY nice solo is found near the beginning. The lyrics are pretty catchy for the most part, but why Anders would write something like ‘We’re not even trying’ into the chorus is completely beyond me. Fast double bass is heard throughout the song and it’s good for the most part. The next two songs, Eraser and Tilt, are okay and both feature solos. However, there are some really boring riffs on both of these songs and that’s really disappointing. However, the passage in Eraser where Anders uses a death growl during the chorus partly makes up for it. The last song, Abnegation, was released on Viva La Bands and it was not very good at all. However, this version is much better. Everything about it is improved, and the chorus is changed slightly. I can’t stretch how much of an improvement over the original version this track is, you’ll just have to hear it yourself. To summarize this EP, In Flames is playing real guitar solos again and they sound very good. The riffs could use some work, and some of the lyrics are dumb.