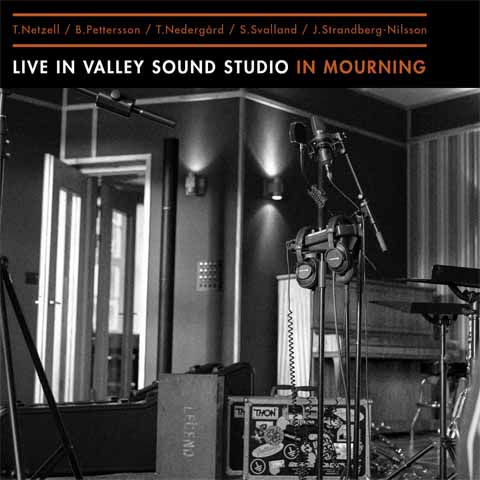 The progressive death metal act In Mourning were assembled in the year 2000. Their sixth album The Bleeding Veil was released in 2021 and during that forty-five minutes, the quintet managed to show that this is a band to count on. Pounding drums and strong guitar riffs and a songs that features both growls and clean singing. The band felt so good and relaxed at the Valley Sound Studio in Borlange while recording The Bleeding Veil that they decided to also record a live in the studio record. So here it is, Live In Valley Sound Studio, an album that tries to capture that magic the band felt while they were there. Here you have 2 tracks from the Garden Of Storms album, 3 tracks from the album they were recording at the time, The Bleeding Veil, and then it ends with two fan favorites from the 2012 album The Weight Of Oceans.

The track list:
1. Thornwalker
2. At The Behest Of Night
3. Black Storm
4. Yields Of Sand
5. Blood In The Furrows
6. A Vow To Conquer The Oceans
7. Colossus