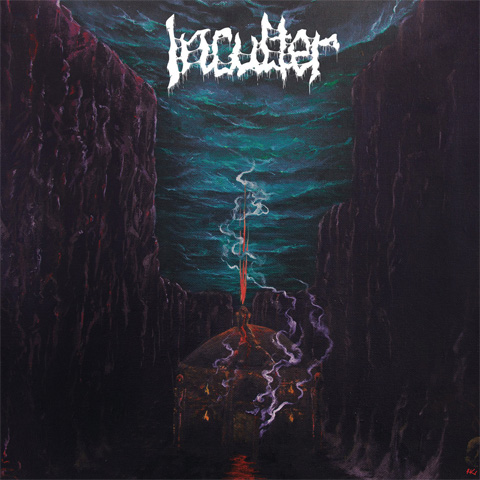 Fatal Visions is the long awaited second album from Norways Inculter. Thrash metal supremacy of the highest calibre and mastered by Herbrand Larsen (Enslaved). The album is dark but most of all fast and brutal. Just listen to the drums and they nullify your skull. Some of the riffs are fast tremolo picking yet in other respects they have some unique melodies. There aren’t any songs that are slow, which a speed merchant like me appreciates. There are mid-tempo parts of songs to break up the fury, but fear not, Slayer/Kreator-influenced madness is coming your way. Fatal Visions could be one of the most relentless and neckbreaking thrash album you have heard in ages.