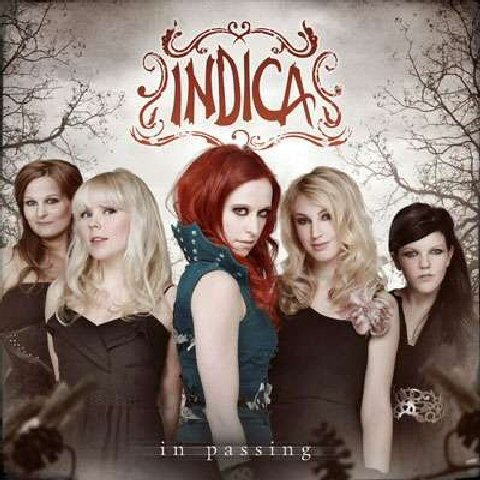 Two tours with Nightwish, one platinum and two golds in Finland, numerous top-ten singles – for Indica it seems that the only way is up. But lets start from the beginning: the Finnish girl group was founded in 2001 by schoolmates Jonsu (vocals, violin, guitar, keyboards, theremin) and Heini (bass), who had played together in a childrens string orchestra. Their line-up was soon completed by Sirkku (keyboards, clarinet, piano), Jenny (guitar) and Laura (drums, percussion). Five beautiful girls with just one thing in common: as fully fledged musicians, theyre all light years away from casting shows and musical triviality. And theyre also great friends. You cant predict success, says singer and lyricist Jonsu, so I didnt think about it much. Nevertheless, success came their way pretty quickly: in 2003, they signed their first recording contract and began work on their debut album, Ikuinen Virta, which spent 30 weeks in the Finnish charts and reached platinum sales. Like going from zero to 60 in three seconds, theyve taken their country by storm with their contemporary mix of pop, rock, exotic instruments, Finnish melancholy and mystical, nature-inspired lyrics. The press promptly coined a neat description: mystic romantic pop. The band has since released three more albums in Finland and in 2010 the band released their first album in English, A Way Away, and album that were co-produced by Roland Spremberg (A-ha and Him, among others) and mixed by Mark Schettler (Simply Red, Bullet for my Valentine, just to mention a few). In Passing was released as the first single from the album