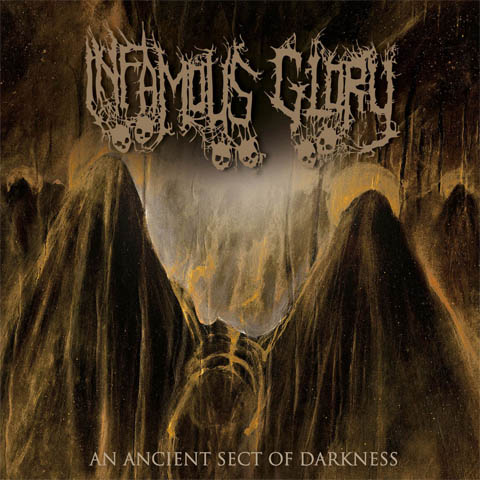 Infamous Glory is a band from Sao Paulo, Brazil, influenced by old school death metal and Scandinavian bands. The band was formed in 1999 and 20 years down the road the released this beauty, An Ancient Sect Of Darkness (2019). This is well played death metal with destructive guitars and a chaotic and scary climate. Hypnotic and cavernous riffs dominate the darkness of Reborn Through Hate and Macabre, just as the world collapses in the rot of the great Increased Pain. Great to hear that Brazil has acts that can deliver

Track list:
1. Intro
2. Abysmal Grief
3. Macabre End
4. Your Life Is Mine To Ruin
5. Pavor Nocturnus
6. Increased Pain
7. When Life Ceases To Be
8. Reborn Through Hate
9. An Ancient Sect
10. Sovereign Of Darkness
11. Drowned In Obscurity
12. Outro