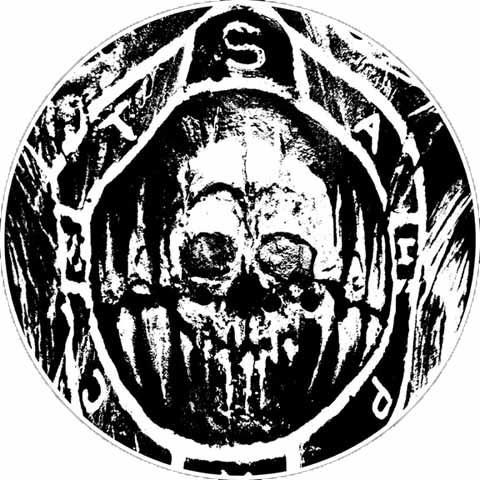 Antichrist Kramer for the past decade now has been creating some of the harshest and most malicious noise imaginable. While being better known for his power electronics/noise project Deathkey, Intolitarian started to gain more recognition when they signed to Hells Headbangers in 2015. Berserker Savagery was the debut labum and it takes off pretty much where the Omnicidal Murderer demo tape left off. Nothing has changed aside from maybe a bit of a tweak in production value. The album consists of 2 halves the first being “Weapon Of Revolution” and the second being “Death Campaign” which are both over 20 minutes long! That’s right, Berserker Savagery is over 40 minutes of hate infused grinding noise that festers and boils the mind into a pulp. There is hardly any structure to this nor should there be because having any structure would defile Intolitarian’s expression of chaos and disorder towards the human race. I can say that Berserker Savagery made be feel quite uncomfortable and mentally exhausted. There is no light in this content and any light that tries to make its way in is raped, chewed-up, and spit back out. Be blasted into the darkest depths of nihilistic demise! Fuck the human race!