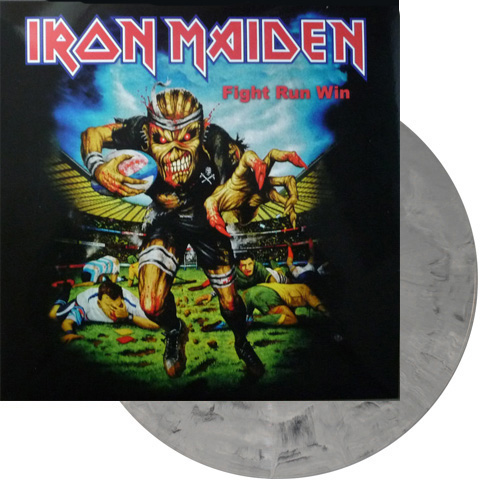 Rock legends Iron Maiden, whose new studio double album The Book of Souls debuted at No 2 in New Zealand and made a massively anticipated return to New Zealand at the end of April of 2016 on their enormous Boeing 747-400 jumbo jet Ed Force One, piloted by vocalist Bruce Dickinson and carrying band, crew and stage production and equipment. Returning after seven years Maiden played 2 shows, April 29 in Christchurch at the Horncastle Arena followed by May 1 at the Vector Arena in Auckland. This album features 5-tracks from that second show in Auckland and the British metallers had the full house screaming from the moment they burst on to the stage through columns of fire. About half of Iron Maiden’s two-hour set featured songs from the new album – including the title track, the relentlessly energetic Speed Of Light, and their slow-burning tribute to the late Robin Williams, Tears Of A Clown – while the other half focuses on their legacy, as Dickinson puts it. You weren’t even born when we wrote this next song, he says of 1982’s Children of the Damned. He could have been speaking to half the crowd – a clear mix of young, new fans and loyal old-timers. Dickinson is in fine form throughout the show – running, jumping and high-kicking his way across the stage. His vocals are virtually spot-on, an incredible feat given he was undergoing chemotherapy for tongue cancer just last year. Age isn’t slowing down the rest of the band either – drummer Nicko McBrain and bassist Steve Harris keep the energy high, while axemen Dave Murray, Adrian Smith and Janick Gers never let up on the riffs.