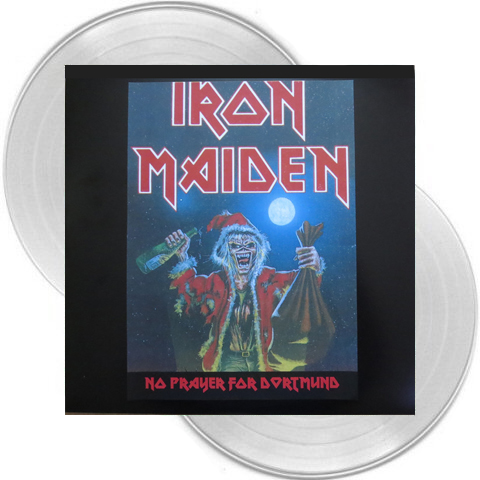 No Prayer On The Road Tour ran between September 1990 and April of 1991. Following their large-scale stage shows used in the 1980s, the band opted for a less elaborate production for this tour as Steve Harris commented that he thought the Seventh Son state ghso had gotten a big out of hand and that he wanted to get away from all that and turn everything into like a massive club gig again, which we really managed to do. And having Janick in the band gave everybody a much-needed kick up the arse, too, because, being new, he was so enthusiastic about everything. I think it made us all open our eyes a bit and look at things in a new way. Gers was the only member that could keep up with Dickinson and be all over the stage and they now relied more on the energy and the strong set-list then huge stage show. This album was recorded at Westfalenhalle in Dortmund on the 21st of December 1990, next to the last show before the band headed home for a much deserved Christmas break. Another thing worth notice is that when Bruce Dickinson had decided to record his first solo album he also tookt he chance to do some voice training which had made a difference and he now sounded better than he had done for several years. Janick also made his own version of 22 Acacia Avenue. Cool recording indeed.