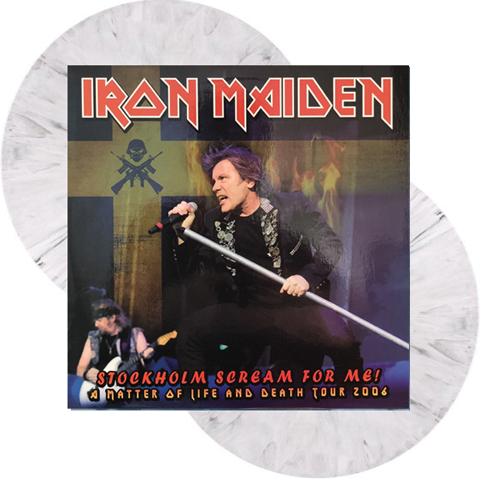 Live at The Globe Arena, Stockholm, Sweden on the 18th of November 2006. On the stoke of nine the main event, the arrival of Iron Maiden on stage after the usual fanfare and musical crescendo of noise. Knowledgeable Maiden fans were aware of the format and that the band would be running through the ‘A Matter Of Life And Death’ album and each item was received with the expected fan response. After the new album the band went through a couple of classics. The concert ended with tracks like ‘Two Minutes To Midnight’, ‘Fear Of The Dark’, ‘The Evil That Men Do’ and so on. As usually with Maiden it was a strong show and both new and old fans will be back and no doubt many of the new tracks will become classics and will be greeted with the same enthusiasm that the latter part of the concert received. The album `A Matter Of Life And Death` may be considered a concept album and may take some time to be accepted as one of the bands best, but it does have the appeal , not only hardened Maiden followers but also the more philosophical who are trying to work out the relationship between warfare and religion, the futility of war, and the meaning of life. A subject just as comfortable in the corridors of parliament, places of worship and thinking songwriters and musicians lyrics. Comes with 5 bonus tracks from Castle Donington on the 10th of June 2007