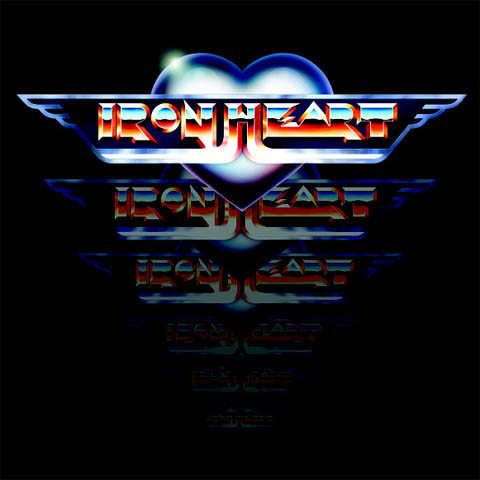 The Ironheart history starts in Reading in the mid 80’s. Kev Rumble and Paul Wrightson is looking for people to start a band when they run into Chris from Beowulf and Mick Hare from the classic Nwobhm act After Dark. The new band Ironheart supported bands like Saxon, Annihilator, Onslaught amongst other and their 1988 vinyl release ‘Running Away’ was played a lot on Tommy Vance ‘The Friday Rock Show’. After the release the band replaced keyboard player Chris Wigmore with guitarist Dave Burroughs. The new sound without keyboard turned out to be heavier. In the mid 90’s the band lost its vocalist Paul Wrightson when he was asked to joined ex-Marillion members to start a new band called Arena and Ironheart was history. The band was asked to reunited for a charity show in 2004 and they released this private pressed cd at the same time. The Archives album includes the Running Away single together with two unreleased bonus tracks and 10 live tracks from a show at Bogeys Nightclub in Cardiff on the 25th of February 1989. Some of these live songs were never recorded in the studio so you’re in for a surprise. All remastered, presented in a 8-page booklet with rare photos and lyrics of the 5 studio songs, plus band history told by band leader Mick Hare. For fans of: Tygers of Pan Tang, Tokyo Blade, Excalibur and Winter’s Reign.