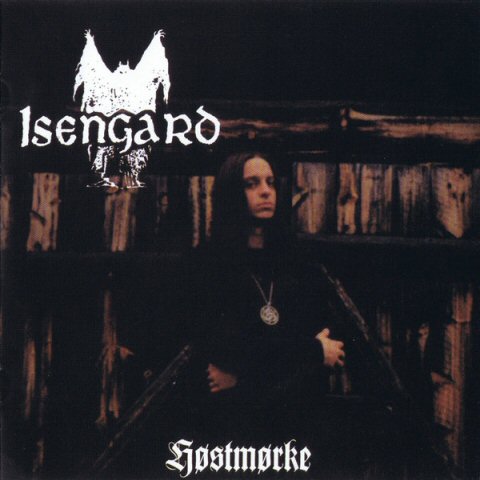 Of all the bastard children projects Fenriz has Isengard may be the only one that stands out, in part because Isengard is only consisting of Fenriz and no other second rate musicians to water down his ideas. Hostmorke won’t amaze you with musicianship or the layout of the songs. It is nothing terribly too complex or mind blowing. It certainly doesn’t have the best production either, of course that is expected with a Fenriz project. What may catch the listener’s attention is the unique vocals that come out of Fenriz as well as how he tries incorporate folk elements into basically Darkthrone style riffs and metal. Fenriz certainly posses the ability to play folk music, and he posses the ability to sing in a folk style, but his ability to fuse folk with Darkthrone style black metal is debatable and questionable. One thing is for sure, that this is original and something that in its own right is good.