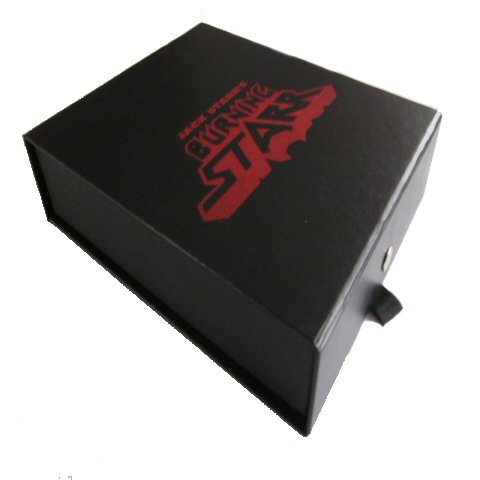 30th anniversary edition of Blaze Of Glory, the third studio album of the legendary US Power Metal act, Jack Starrs Burning Starr. Jack Starr was absolutely all over the place back in the 80’s. Just take a peek at the majority of the bands he’s been a part of and you’ll see. Its as if he was in the process of creating four to five different bands simultaneously. Virgin Steele was active and had released a few albums in the early 80’s, while Phantom Lord was starting up and had a few albums put out, the same for this band Burning Starr, the original band he started was supposed to be the real Virgin Steele and had a few releases under its belt too, the short lived Strider would arise towards the late 80’s, and who’s Devil Childe? Anyway Burning Starr was probably his second strongest band that he had forged back in the day, next to Virgin Steele. As always Jack Starr seems to make it apparently easy to get a solid line-up. With just about everything he’s been a part of, an excellent voice would be singing those soaring notes at ease. This third offering veers between traditional guitar-driven hard rock and some of the American-flavoured heavy and power metal. If you’re a fan of all the ‘80s had to offer and interested to hear a significant step in the solidification of the American metal movement, you’d do worse than checking out Jack Starr’s Burning Starr and Blaze Of Glory. Not everything will set you alight, but there’s some cool stuff to be found.