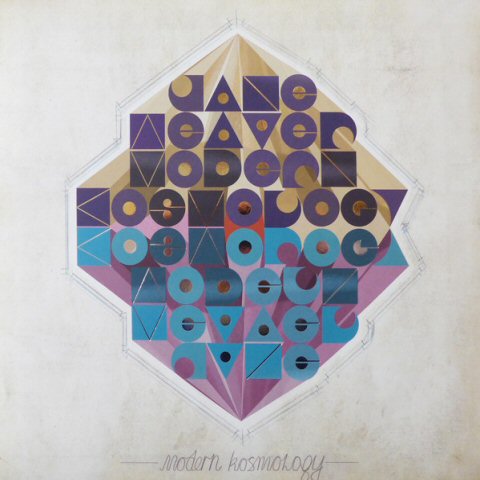 On her 2014 album, The Silver Globe, Jane Weaver took a step away from the gentle psych-folk she had been making into something more German and droning. Abetted by a wide array of synthesizers, she wrapped her dreamlike songs in cushy waves of sound for a large part of the album. On 2017’s Modern Kosmology, Weaver dives headlong into dream pop that’s filtered through vintage synthesizers, motorik beats, and jangling guitars. Playing most of the instruments herself, with help from the occasional drummer or guitarist, she creates a world of sound that envelops the listener in much the same way that the tendrils of synths wrap around her rich, woody vocals. From the opening notes of the album, she weaves a sonic spell that doesn’t break, or even bend. The tempos may change, the mood may shift a bit here and there, the arrangement may go from dense to sparse, but through it all Weaver conducts the sound like a magician in full command of her powers. There are hints of Stereolab and Broadcast, echoes of Can and Harmonia, shades of Spectrum, and nods to synth pioneers like Suzanne Ciani, but when the album is done, it mainly feels like a pure manifestation of Weaver’s vision. Songs like “Did You See Butterflies?” and “Loops in the Secret Society” certainly owe a great debt to artists of the past, but the way Weaver puts together the pieces is fresh and entrancing. The record really takes off when she breaks out of the mood established on those aforementioned tracks and adds unexpected elements, like the heavy post-rock drums on the pulsating “The Architect” and the sawing violins and stentorian vocals of guest Malcolm Mooney of Can on the utterly hypnotic “Ravenspoint.” Not only do these tracks serve to add an extra bit of dynamic tension to the album, they also point to more exploratory avenues Weaver could attempt in the future now that she’s mastered synth-heavy dream pop. The Silver Globe was Weaver’s coming-out party; Modern Kosmology serves notice that she’s here to stay. The opening track H.A.K. is titled after Hilma af Klint, a pioneering Swedish abstract painter