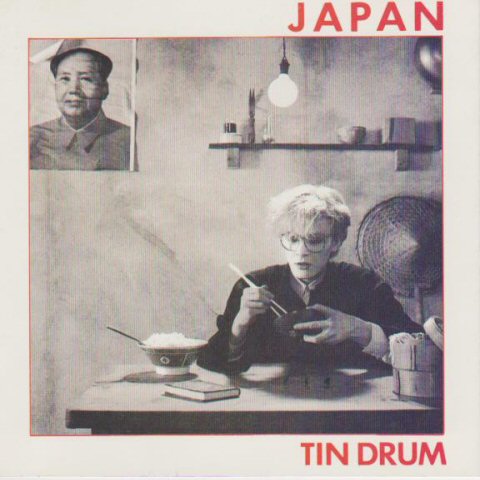 Partially growing out of their success in the country they were named after, as well as growing friendship and affiliation with such bands as Yellow Magic Orchestra, Japan, on Tin Drum, made its most unique, challenging, and striking album. It was also the final full studio effort from the group, and what a way to bow out — there was practically no resemblance to the trash glam failures on Adolescent Sex anymore. Rather than repeat the sheer restraint on Gentlemen Take Polaroids, Tin Drum is an album of energy, Sylvian’s singing still the decadently joyful thing it is, but the arrangements and performances tight, full, and active. The fusion of exquisite funk courtesy of Karn and Jansen’s joined-at-the-hip rhythm section and a range of Asian music influences, from instrumentation to subject matter, combined with an even wider use of technological approaches to create the dramatic, sly songs on offer. Only the Talking Heads showed the same attempt at reach and variety at the time, at least in the Western rock world, but Japan arguably outstripped the New York band with its sheer sense of theatrical style. To top it all off, the band was more popular than ever, with “Ghosts,” an appropriately haunting ballad notable for its utterly minimal arrangement, almost entirely eschewing beats for Barbieri’s textures and Jansen’s work on marimba, becoming a Top Ten hit in the U.K. The wound-up dancefloor art grooves of “The Art of Parties” and especially “Visions of China,” the latter featuring what has to be Karnand Jansen’s eternal highlight performance (check out Jansen’s jaw-dropping drum break) were also notable efforts. Meanwhile, the evocation of Chinese culture in general continued with such songs as “Canton,” a slightly martial, stately march with clear inspiration from the country’s classical music tradition, and the concluding “Cantonese Boy.”