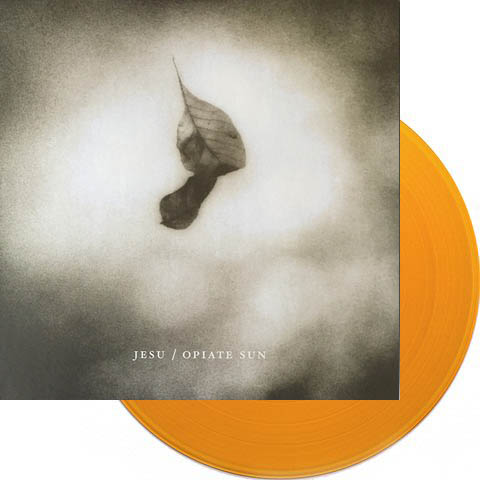 Justin Broadrick’s post-Godflesh project Jesu combines his usual industrial metal with a shoegazer’s tint and whether or not it is his intention he continues to move into ever more song-oriented material, while never lessening the volume or the sheer melodic thud of his attack. Opiate Sun was conceived as the first of a projected two-part EP idea: Broadrick originally wanted each EP to feature a collaboration between his live (Dave Cochrane and Phil Petrocelli) and studio (Ted Parsons and Diarmuid Dalton) bands. In the end, Broadrick rejected the idea and plays everything here himself and combines all four songs on one release. Does that narrow the possibilities for the final product? Yes, but that’s not necessarily a bad thing. These songs cover just under 26 minutes in length. The opener, Losing Streak, comes dangerously close to a cough syrup-intoxicated Swervedriver — with Broadrick’s way up-front vocal sounding not unlike that of Adam Franklin, but it’s even heavier, sludgier, and — conversely — more melodic. Morning Sun, the closer, sounds like anything but. It is instead a dirgelike piece of droning, guitar-fueled funereal post-rock with a tortoise crawl of a vocal melody that extends no further than four notes in total. Opiate Sun, the set’s longest piece and title track, covers no new ground at all, but with its gorgeous multivalent guitar layers, slow processional drumming, and middle-timbre bassline — the only thing not distorted on the cut — it doesn’t need to because its shattered emotion comes bleeding through in spades. Deflated is the most distorted, throbbing, metallic piece here, though it too contains a lovely lyric line that contrasts wonderfully with the low, low, low-end bassline and open-tuned guitar riffs. While it’s true that Broadrick continues to mine the emotional and sonic terrain of every Jesu release, it’s a sound so obsessive in its execution that it is nearly addictive for the listener.