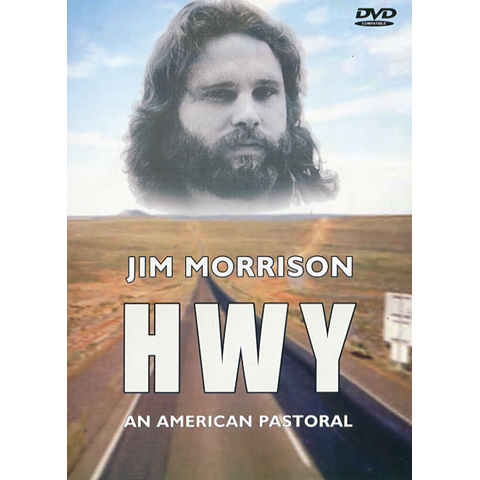 HWY: An American Pastoral is a short film by Jim Morrison, Frank Lisciandro, Paul Ferrara, and Babe Hill and stars Morrison as a hitchhiker. It is a 50-minute experimental film in Direct Cinema style. It was shot during the spring and summer of 1969 in the Mojave Desert and in Los Angeles. In the informal 1971 interview Morrison gave to Ben Fong Torres, Morrison states the film “…was more of an exercise for me and a warm-up for something bigger.” Apart from select excerpts used in the 2009 documentary When You’re Strange, the complete 35mm movie was never released commercially. The film was based on Morrison’s experiences as a hitchhiker during his student days. As a college student Morrison had regularly been commuting as a hitchhiker from Tallahassee 280 miles to meet his then girlfriend Mary Werbelow in Clearwater. Morrison financed the low-budget film project through his company HiWay Productions. Morrison showed HWY during his second stay in Paris in early 1971. The film was publicly shown only once in Vancouver in 1970 and again in Paris in 1993. An audio sequence from the film was published on The Doors’ spoken word album An American Prayer in 1978. On this dvd youre finally able to watch this 35mm movie