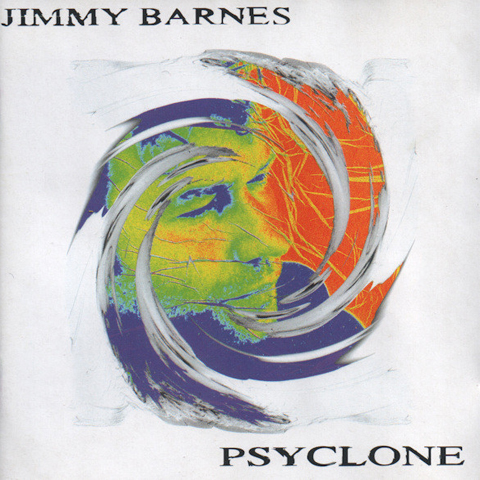 Jimmy Barnes would elevate himself to the status of a genuine Australian Rock superstar. To illustrate the quite enormous success of the man, a quite staggering statistic is that a population of twenty million people has brought over seven million Barnes albums. His solo ascendancy was so massive that his former band, Cold Chisel, sold twice as many records, over two million of them, only after they had disbanded. Most of his singles and albums during 85-90 went top five in Australia. And during those years it was a major even as soon as a new Jimmy Barnes album hit the stores. However in the early to mid 90s Barnes had the problem to keep up the success. Neither of his album were seen upon as essentials like his early albums such as Working Class Man and Freight Train Heart. His 1995 album, Psyclone, was primarily written by Barnes and his wife Jane, in reflection of their long standing relationship and the turmoil – lows and high’s that have come and gone. This gives the album a very personal touch and an interesting twist that certainly makes it an interesting listening. Jimmy still knows how to rock out and enjoy himself (Love And Hate) and he still has the ability to piece together a great heart wrenching ballad (Thankful For The Rain), but there are several other songs that shuffle along at an average pace. They are neither bad songs, nor essential ones. As much as Jimmy is on record as hating the process of the Freight Train Heart writing sessions, he could well use the guiding hand of such veterans as Jon Cain and Neal Schon. For that album remains his best accomplishment. Some INXS members are backing Jimmy musically on the album and that adds a certain toughness and he deliver a great vocal performance, but still the album falls a little short.