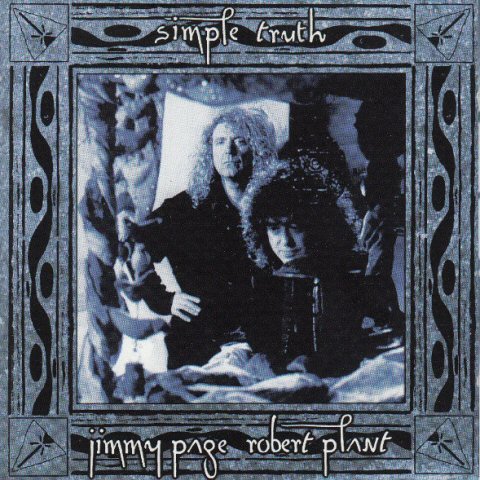 San Jose Arena was the place to be last night (20th of May 1995). It was an absolutely incredible show – it exceeded my expectations. For those of you that want to skip all of the descriptions and go straight to the set list, you can find this at the bottom of this message. Page and Plant put on an incredible 120 minute performance that left the audience in complete awe. Most notable was the absence of any new additions to the set list from the concerts previous in the tour, or any inclusion of the new Page/Plant tunes like Yallah, City Don’t Cry, etc. Yes, this was ALMOST a Led Zeppelin concert. The band really looked well rested, and full of energy. Plant was all over the stage. Page danced about on many occasions, as well. Plant’s voice was in top shape. At 8:25, the lights went down. This was it! The Tales of Bron poem was read in the dark, as people screamed and cheered. I couldn’t make out too much of the poem. Then the music started as the band launched into Thank You. Jimmy had his legendary Sunburst Les Paul. Then Jimmy strapped on his gold Les Paul with the transperformance tuning gizmo for Shake My Tree. Included in this tune was a famous theramin solo from Jimmy. Robert didn’t seem to mind singing this Coverdale/Page tune. Next was a showcase tune for Porl, Lullaby, the Cure tune. Charlie switched to a stand-up bass for this one. People began to sit down for this one. The people who had just sat down, however, where back up quickly, as Robert and Jimmy sat down now, for No Quarter. This tune featured Plant and Page exclusively, with incredible video shots of the two intertwined with the video of an eagle’s view flying over a lush forest, a la the No Quarter video. Jimmy was playing his 12 stringed acoustic guitar. Next, Jimmy switched to his 2-neck acoustic and they launched into Gallows Pole, much to the audience’s delight. In mid song, the rest of the band joined in, including the first appearance of Nigel Eaton, the hurdy gurdy man. Nigel made a very positive impression with this strange instrument. Then came Nobodys Fault But Mine, the new No Quarter version. Page, still with his double neck acoustic, launched into some strumming that is quite familiar to us all, it was Hey, Hey What Can I Do. The crowd danced in the isles and sang along with Robert. Nigel played mandolin for this one. The concert continued and we were treated with more goodies before the lights went out around 10:05, which gave us a chance to catch our breath! The lighters were out in full force, as the place lit up like a smoky, starry night. The band soon reappeared. and “Hey Hey Mama” was the so familiar chant that opens Black Dog, as the crowd was louder than ever. The crowd sang along and sang the responsive “ah ah” parts. But through the loudness of the crowd, Robert’s voice emerged quite strongly and all-out powerful, even for all of the high notes. I was very amazed that he still has it in him to hit those notes at that power level. For everyone on stage, Kashmir was just an all-out jam. The Hossam Ensemble’s Wael Abu Bakr had a wonderful violin solo, much like he did in the No Quarter video. This song was a stunning conclusion to a wonderful night. I guess it had to end somewhere. It was now 10:30. Page, Plant and the band members (without the Orchestras) all joined at center stage, arms interlocked, and bowed to the audience, first in front, then to the sides, then the back of the arena. They came, they jammed, they went. It will never be forgotten. It was unreal.