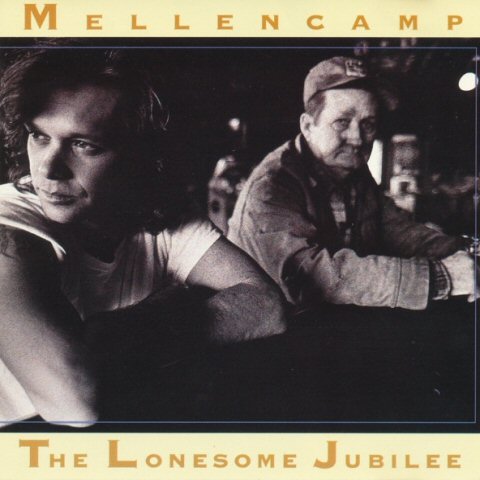 John Mellencamp’s fascination with the American heartland came into full flower on Scarecrow, but with its follow-up, The Lonesome Jubilee, he began exploring American folk musics, adding fiddle, accordions, and acoustic guitars to his band, which allowed him to explore folk and country. The expansion of his band coincided with his continuing growth as a songwriter. Song for song, The Lonesome Jubilee is Mellencamp’s strongest album, the record where he captured his romantic, if decidedly melancholy, vision of working-class America. He may recycle the same lyrical ideas as before, but he captures them better than ever, and his music is richer, which gives the album resonance. Again, there are a few moments where Mellencamp’s reach exceeds his grasp, but “Paper in Fire,” “Check It Out,” “Cherry Bomb,” “Empty Hands,” and “Hard Times for an Honest Man” make the record his best.