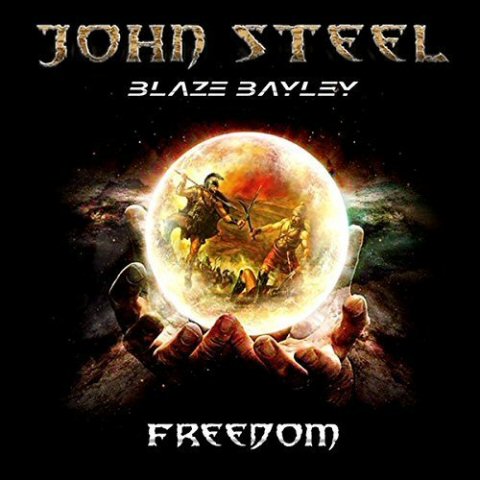 Bulgarian-based metal band John Steel was originally formed in 2007 as an all-instrumental band called the Ivan Stalev Guitar Show. The band went through many trials and tribulations and band member changes. In 2012, the band still without a singer, started negotiations with Blaze Bayley (ex- Iron Maiden, Wolfsbane) to record an album. Three years later, Freedom finally sees the light of day. A lot of preparation, negotiations and heartache I’m sure, went into this album. On the seven of the nine tracks that Bayley sings on, he shows off his unique range, and a few tracks even have hints of Maiden-like harmonies.