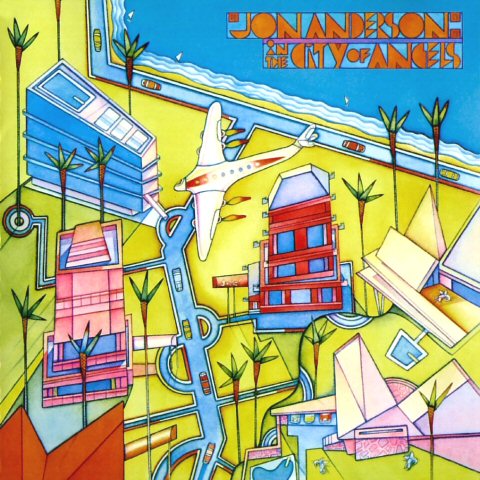 In 1988, Anderson quit Yes for the second time and released his first regular solo album in six years, In The City Of Angels. Stewart Levine, best known for his work with Culture Club, was brought in to produce; Anderson worked with a team of L.A. session stars and wrote a couple of songs with ex-Motown ace Lamont Dozier. All of this seemed to portend a more commercial-sounding, straight ahead pop effort from the usually ethereal Anderson. The result is about half and half: when writing with Dozier, Anderson expresses conventional romantic sentiments, for which he doesn’t really have a feel. His tenor is so chaste and angelic, it’s hard for him to be believable on earthly love songs. And soon enough, especially on later tracks, Anderson is once again in spiritual outer space, where he seems most comfortable.