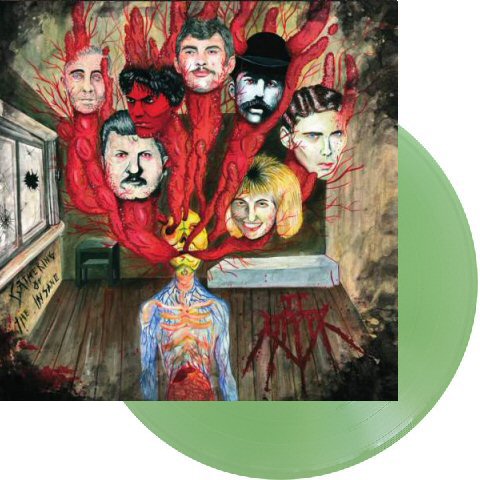 JT Ripper’s, from Chemnitz in Germany, second album, Gathering Of The Insane, opens with the track Cvlt and youll notice directly that this band is hugely influenced by Slayer. The very first notes shows us a band that learned well with the masters. I really love when a song starts out with an open free and sick guitar solo. JT Ripper perform as fast as Slayer’s early times. Guitar riffs in Shadows remind a lot Slayer’s Show No Mercy which is, of course a contemporary classic. This doesnt mean that JT Ripper is a copycat. No, not at all. In fact, JT Ripper develop a personality throughout Gathering Of The Insane which is a great thing. The band perform with wrath and an outstanding furious and ferocity. That counts a lot. Another nice thing is the wall of sound that they built in Nighstalker. So here you have an album that will remind you of Slayer, that has tons of fury and anger, but still with a personal flavour. So thrash fans should be enthusiastic to hear this one