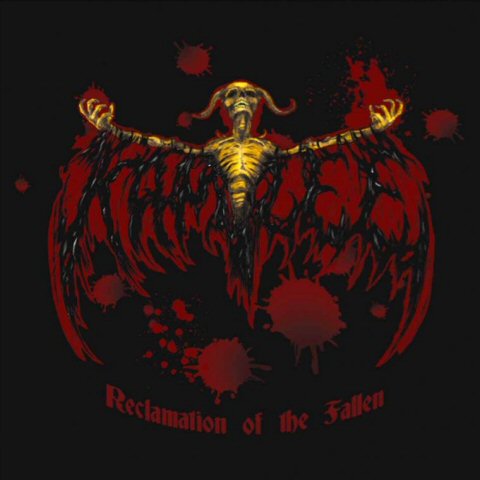 Kam Lee -Reclamation Of The Fallen 7″

The first solo release by Kam Lee, known as one of the true pioneers and Tyrants of death metal. He is the legendary vocalist of Massacre and one of the founding members of Mantas / Death. Reclamation Of The Fallen features 3 originals and one cover. Side A – both originals completely written musically and lyrically by Kam – is a pure expression of the type and style of Old school Orlando death that is Kams preferred form of death metal. Joining Kam on the track Lamashtu is Jolene Tempest and the members of the band Bulletbelt – who most may know from their songs that appear in the modern cult film Deathgasm. Side B. starts off with the collaborated track “The Cats”, of which the music for this track was also co-writing by performing guitarist Aaron Whitsell (of the band Cropsy Maniac and Akatharta) together with Kam; who read the H.P. Lovecraft poem of the same name aloud as the music was written and constructed around it. Finally ending with a cover track of the song Pet Sematary by The Ramones, which is still one of Kam’s favourite punk bands even today.

“I’ve always enjoyed the track Pet Sematary by The Ramones, It’s one I’ve always wanted to do a version of to honour both the band and the Stephen King story it’s based upon”. ~ Kam Lee