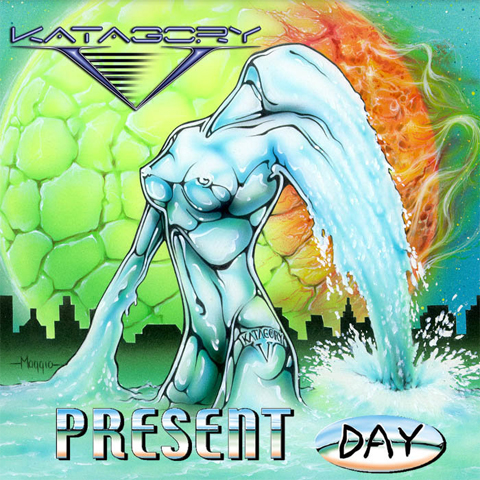 Katagory V was an American heavy metal band from Salt Lake City, Utah that was formed in 1999. Katagory V released four physical studio albums during their active years, the band disbanded in 2015. Their first album Present Day was released in 2001, and their fifth and last album Resurrect The Insurgence was only released as a digital file in 2015. The fourth physical album was Hymns Of Dissension and it was released in 2007. Their debut album Present Day was a great US power/prog album with razorsharp riffs, powerful, melodic vocals up to high pitched, great hooks and a tight and pounding rhythm section. For fans of Queensryche, Fates Warning, Heir Apparent, Lethal, Crimson Glory and Titan Force.

Track list:
1. I Live On
2. Evil Princess
3. The Call Of Midnight
4. The Beginning Of Our End
5. Steel Dungeon
6. Morning Light
7. The Forsaken
8. Negative Attraction
9. Present Day
10. One Second Warning