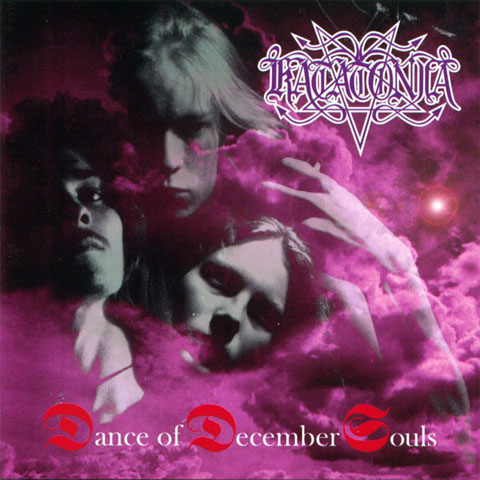 With their first full album, 1993’s Dance Of December Souls, Sweden’s Katatonia proved that classic death/doom need not come from England, whence, until then, the genre had flourished at the hands of Paradise Lost, Anathema, and My Dying Bride. In fact, December manages to drag heavy metal to a near-stand-still along with the best of ’em, combining cookie-monster growls, slothful riffing, morbid guitar (and, snuck in now and then, morbid synthesizer) melodies, and slow but busy drumming into a mesmerizing wash of depression. Eight-minute highlight “Gateways of Bereavement” and the desolately beautiful instrumental “Elohim Meth” are both perfect examples of these exquisitely sluggish and gloomy capabilities, although other offerings like “In Silence Enshrined” and the fan favorite “Without God” do eventually pick up the pace somewhat — also with very positive results. Not so the ensuing twin monoliths stacked back-to-back, “Velvet Thorns (Of Drynwhyl)” and “Tomb of Insomnia,” both of which exceed 13-minutes in length and prove simply suicide-inducing for all but the most patient of metalheads — despite any number of memorable passages strewn about their massive girths. Then again, it could be said that, by inspiring such thoughts of self-destruction, Katatonia accomplish their mission. And, in any case, flawed though it may be, Dance of December Souls has stood the test of time pretty well, and thus remains one of the doom/death genre’s important building blocks.